As a throng of angry demonstrators stood on the steps of the Capitol, the Senate finalized on a near party-line vote of 50 to 48 what will certainly be one of President ’s most enduring legacies: two Supreme Court justices in two years in an increasingly polarized nation.

The brutal confirmation fight is likely to have far-reaching implications in next month’s midterm elections. Republicans are confronting an electrified Democratic base led by women infuriated by the treatment of Christine Blasey Ford, who detailed in emotional testimony her allegations that Kavanaugh sexually assaulted her when both were teenagers. Kavanaugh has denied the allegations.

Yet Republicans say the battle to get Kavanaugh confirmed — in the face of Democratic opposition and the “mob” of anti-Kavanaugh demonstrators who flooded the Capitol in recent days — only motivated a fractured GOP electorate on a singularly unifying issue for conservatives: the federal judiciary.

“It’s been a great political gift for us. The tactics have energized our base,” Senate Majority Leader Mitch McConnell (R-Ky.) said in an interview Saturday with The Washington Post. “I want to thank the mob, because they’ve done the one thing we were having trouble doing, which was energizing our base.”

Senate Minority Leader Charles E. Schumer (D-N.Y.) delivered a message “to so many millions who are outraged by what happened here . . . vote.”

Kavanaugh heads to the Supreme Court significantly scarred from the confirmation fight, which had the echoes of the 1991 battle over now-Justice Clarence Thomas, who was accused of sexual harassment by law professor Anita Hill and defended himself in an emotional, high-stakes congressional hearing.

Already, Chief Justice John G. Roberts Jr. has received more than a dozen complaints of judicial misconduct against Kavanaugh but is not referring them for investigation for the time being. And in a joint appearance on Friday night at Princeton University, their shared alma mater, Justices Elena Kagan and Sonia Sotomayor raised concerns about how the bitter partisan battle over Kavanaugh will affect the court’s reputation. 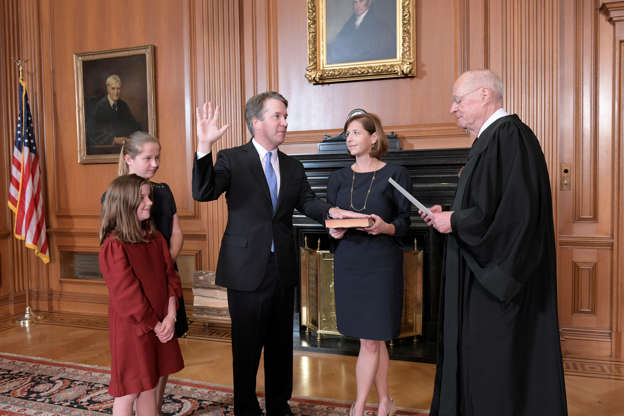 German Govt Depot Nigerians 24 hours After The Attack on Ekweremadu

Man arrested after screaming “we are gonna die” on airplane